A review of bicycle helmet laws shows that more laws reduce cycling-related head injuries. They also reduce non-head injuries and increased head injuries in other sports. Put simply, campaigns to promote helmet-wearing appear to be most effective in making people too afraid to ride their bikes.
Dave Horton, a sociologist at Lancaster University, amplifies these findings in a series of essays that show how the media and civic leaders of present cycling as a strange, reckless, and dangerous practice.
I routinely see similar effects with regard to online safety. We’ve made sensible people of all ages afraid because somewhere, someone has done something bad. The Internet is a dangerous place where bad people are armed with malware that will steal your money, identity and/or children.
Mississippi TV station WLOX reports on an FBI program that educates kids on online safety. “We need to be able to educate these children to the dangers and the issues that they’re going to face online,” said FBI Special Agent Scott Wells.
Safe Online Surfing is an educational game that teaches young people about cyber words, cyberstalking, and how sketchy websites are trying to steal your identity. (It’s also a game done in Flash, meaning that people who iPads or other mobile devices can’t play it.)

Guess the wrong answer and you deprive an underwater princess of air. Predators, we learn, will try to lure you in with inappropriate topics, not try to win your trust by playing a game. 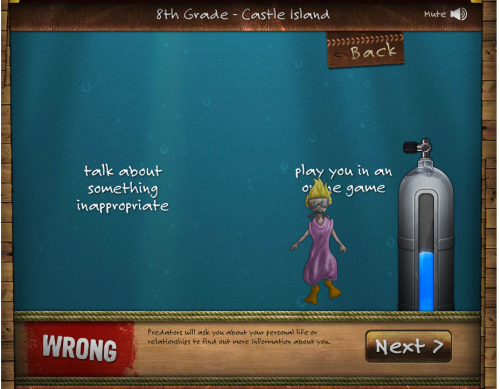 Indeed, the web is a troublesome place, as demonstrated by the WLOX viewers whose fifth most popular news story is, well, this. With video. 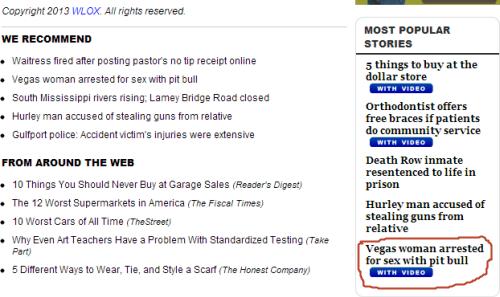