When we watch British detective shows on TV, I regularly marvel at the quality of cell phone coverage available to all. They can be in the catacombs of some office building, out in the barrens and moors, or on the North Sea coast. The cell phone rings. They talk.

Around here, and certainly at the cove, an unaided phone struggles to gain one bar of 1G service. Verizon, AT&T, and Sprint all have the same reception. Other folks in the lake may fare better, given the variability of terrain and the amount of granite between their locations and their carrier’s towers.
With a MiFi gadget from Verizon, we could get passable Internet connections, provided that the receiver was set in the proper location, high on a north-facing wall.
Last year, we tried something different, a network extender from Verizon. The device sits on a window sill and fetches the faint signal from the tower over the hill, just enough to make the connection. The rest of the call is routed through our cable Internet service (Comcast).

It works well. All calls are clear and steady. Occasionally, we’ll miss a call and it will go straight to voicemail.   Sometimes, the GPS setting is way off. My phone may report that I’m in  Gloucester. (When we use it in Holden, the location can show up as Cambridge.) Overall, though, we’ve been pleased with the performance. It’s more than paid for itself.
That we need it at all is a point left for another discussion, having to do with the way that our national telecommunications policies have built an expensive, inefficient, and unreliable wireless system. (Imagine if you could drive your car only on certain highways; to drive on others, you’d have to change cars.)
Mark Gibbs writes in Forbes about several dubious features in the way that Verizon has implemented this much-needed product:

AT&T. and Sprint have network extenders You can restrict access to certain phones to use them. Verizon has delivered a product that makes their bad coverage better, but manages to dent that outcome with bad policies.

The advent of 4G wireless for our mobile phones is changing the ways we work and play. There are many times when the 4G speed is faster than what I’d typically get in a coffee shop or other public WiFi location. That’s goodness.

Availability of 4G is, however, quite uneven.
The other day, I pulled over to the side of the road on Route I-190 in Sterling, Mass, a place devoid of houses or businesses. Here’s what I got on my phone: 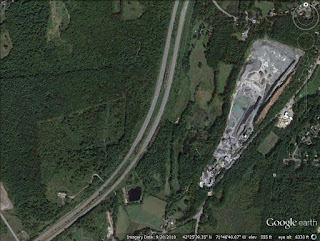 I later stopped at an intersection in our part of town.

Here’s the view from up top. 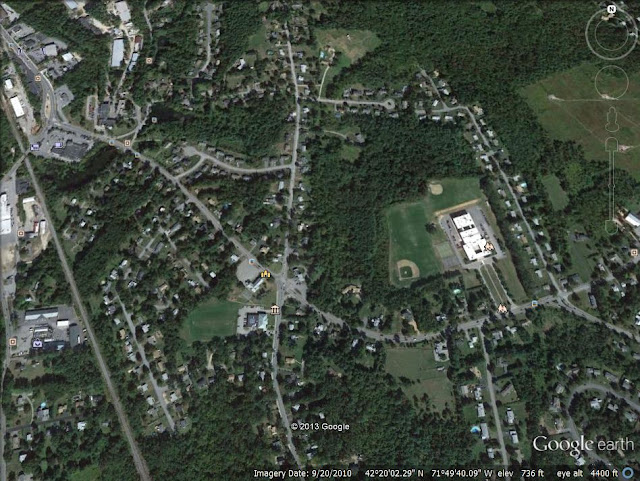