Thank you, AARP. I’m certainly thinking about an Alaskan cruise this night. 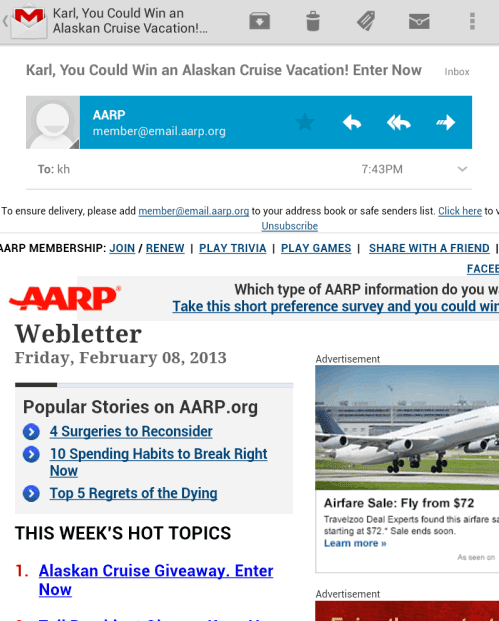 You got your Internet in my cheese.
Thank you, I think.

The Internet of Things, Soon Accessible by Smartphone – Technology Review

A forthcoming packaging chip could let your phone talk to the plastic wrap on your cheese.

These are the famous Flaming Tar Barrels of Otterly St. Mary. 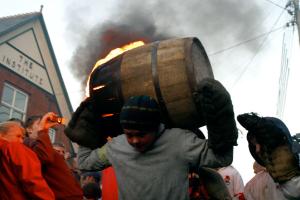 They are worried that they’re not able to raise enough money to keep the festival going.
Mark Steele describes the town and its carnival of flaming tar barrels in this BBC Radio 4 Extra show.

A lot will be said about the recent tragedy in Connecticut. Most of it will be an expression of grief and bewilderment. Much of the commentary will be thoughtful and heartfelt. Some of it will be positioned, consciously or not, to advance an agenda. Intertwined with all of it will be observations from people whom we respect, but who are making statements that are passionate, stupid, and wrong. That’s who we are, and that’s how we have to live together.
Let me add just a couple of quick thoughts based on early and likely to be inaccurate information.

There’s no question that gun violence and mental illness are causing grave problems in our society. There’s also no question that there are some things we can do to make things better. I keep thinking, though, about our invasion of Iraq. The Septemeber 11 attacks deserved a forceful response to confront terrorists in this world. That we chose, under the guise of responsing to 9/11, to invade and occupy Iraq squandered left us neglibly safer at a enormous cost of lives, money, and good will.
I hope that we’re better than that this time around.